Things I’ve given up on watching recently

We live in a content-saturated world. It took me a long while to get used to the idea that books are now easy enough to source that I can start one, decide I don’t like it, and just give up. I don’t owe the book anything. The same of course goes for TV shows and films. Here are some that I have started, but given up on in the last few months. 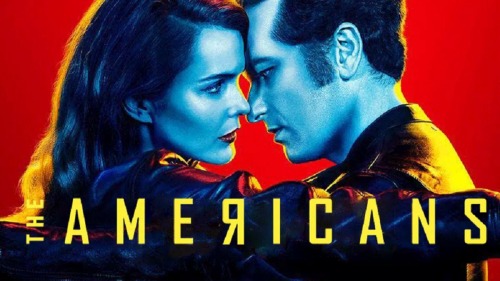 This is the one that I sort of regret giving up on, and might return to. It’s a TV series about a married couple of Russian spies who have been deep undercover as a typical all-American couple in the 1980s, with two teenage children and conventional careers as well as their clandestine duties. It’s superbly made and acted, very compelling, and Fiona and I watched a season and a half before finding the whole thing just too bleak. The constant trail of deceit, destruction and murder became too much for watching it to be enjoyable.

Everyone says how brilliant Phoebe Waller-Bridge’s show about an aimless man-hungry single woman is, but I just can’t find anything to like about it. The protagonist seems contemptible to me, and that’s a killer.

Tales from the Loop 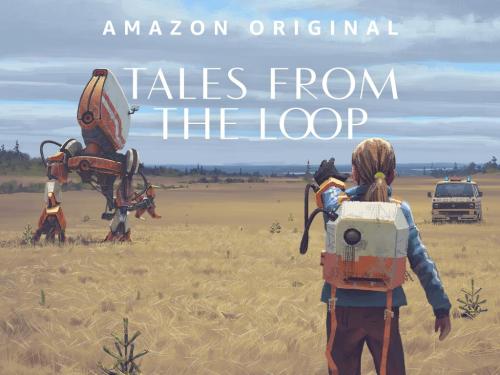 Fiona and I watched the first two episodes of this slow, atmospheric sci-fi series, and admired how it takes its time to let its ideas take root … while at the same time being a bit frustrated that everything takes so long. She gave up; I watched the third episode without her and gave up, too.

I’m not 100% sure I won’t come back to this one, too. There is a lot to like and admire about it, and I especially enjoy the sort of Aperture Sciencey feel to the various devices. But honestly, I feel like the whole sit-back-and-relax thing is overdone, and that the 52-minute episodes could really benefit from a good hard cutting back to 30 minutes.

We tried this because it was free on Amazon Prime (which I already have for the free delivery) and because it looked like lighthearted fun in the Buffy vein. We watched the first episode and more or less enjoyed it, but it just didn’t grab us. A big part of it is that Brec Bassinger is just not a good enough actor to sell the lead role: seeing her come close and fall short has given me new appreciation of just how central Sarah-Michelle Gellar’s performances were to making the equally kooky Buffy soar where Stargirl falls flat.

I admit giving up on this after just one episode feels harsh, and I might come back and give it another go. But so much stands and falls by the lead actor that I can’t see it taking wings.

I read this novel that this was adaped from years ago: co-written by Terry Pratchett and Neil Gaiman, it tells the story of the unlikely friendship between the demon Crowley and the angel Aziraphael during an Armageddon that they would both rather prefer not to happen. Seeing the adaptation for free seemed too good an opportunity to miss, but to my surprise I found myself consistently bored and irritated by it. I may need to re-read the book to see if this is true, but I don’t remember it having the same frivolous quality. Watching this, I am reminded of C. S. Lewis’s analysis, put in the mouth of his demon Screwtape, of different kinds of humour:

… But flippancy is the best of all. In the first place it is very economical. Only a clever human can make a real Joke about virtue, or indeed about anything else; any of them can be trained to talk AS IF virtue were funny. Among flippant people the Joke is always assumed to have been made. No one actually makes it; but every serious subject is discussed in a manner which implies that they have already found a ridiculous side to it.

And that’s what the TV version of Good Omens seems to consist entirely of. It puts an angel on the screen, makes him a bit ineffectual, and expects you to go “Ha ha, how funny and perceptive”.

On top of that, I think I have really had enough of David Tennant now. I very much liked his take on the Doctor back in the day, where the assumed arrogance with a touch of humour seemed perfect. Then when he was the main antogonist in Jessica Jones, he was notably playing The Doctor But Evil. Now he’s just doing the same shtick again. I am beginning to think it’s all he has.

I got some way into the third episode of Good Omens, not really enjoying myself, before confronting how much I wasn’t having fun. I’d wanted to enjoy it, because it’s by two authors who I like and starring an actor who I thought I still liked. But I don’t.

I watched this, or at least started to, because it’s so culturally ubiquitous and I felt I ought to — and because our next-door neighbours love it. I just don’t get it.I know it’s meant to be a comedy, but where are the jokes? Is it just that a man is wearing women’s clothes? Is that it? I mean, what is this, The Twelfth Night?

Well, writing this has been cathartic for me, but I don’t know if it’ll be of any use to anyone else — except perhaps in giving people permission not to like things they don’t like. There’s so much great stuff out there (Community, The Expanse, This Is Us) that it just isn’t worth ploughing through things that are too bleak (The Americans), too unlikeable (Fleabag), too slow (Tales from the Loop), too lightweight (Stargirl), too flippant (Good Omens) or just plain dull (The Rocky Horror Picture Show).

This entry was posted in Movies, Not my favourite, Reviews, TV. Bookmark the permalink.

13 responses to “Things I’ve given up on watching recently”