What I’ve been reading lately, part 35

Towards the end of his career — and Wintersmith is the 41st of the 47 Discworld books — it seems to me that Terry Pratchett’s heart was really in the Tiffany Aching subseries, aimed at young adults. 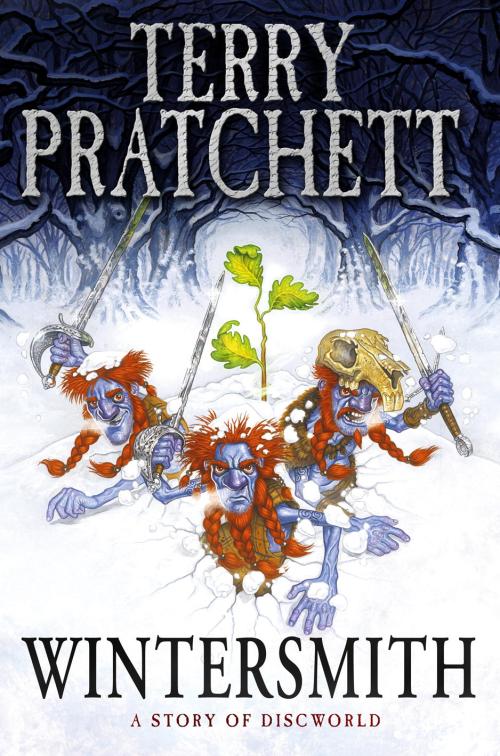 Wintersmith is the third of the five in this subseries, and I think one of his last really good books. Tiffany is a young witch: practical, headstrong, feet on the ground while others have their heads in the clouds. She is easy to like, and Wintersmith puts her in an interesting set of dilemmas. Well worth reading (and re-reading, as I was doing.)

Serenity: Those Left Behind — Joss Whedon, Brett Matthews and Will Conrad

While Joss Whedon’s Buffy the Vampire Slayer has had a long sequence of comics written to follow on from the seven seasons of the TV series, his even better show Firefly has spawned relatively few comics. Those Left Behind is the first of these, a collected three-issue miniseries that follows on pretty much directly from the end of the TV show’s single season. I enjoyed reading it, but so much of the magic of Firefly is in the performances of that great ensemble cast that reading a comic is really a very second-rate substitute for the real thing.

Having already written one book based on reality TV — Dead Famous, which takes place in a rebranded Big Brother house — he returned to that well with Chart Throb, which follows a season of the eponymous game show, a parody of X factor. The Simon Cowell role is taken by Calvin Simms (even the initials are the same), and we follow how he and his co-presenters manipulate the would-be stars to create marketable stories. For reasons that just about make sense, Prince Charles is one of the contestants.

What you get here is what you expect from a Ben Elton novel: lightweight, easy-to-read prose telling a story that holds the attention, peopled with grotesque characters, and occasionally making a point of some weight. In fact it’s only just occurred to me, but you could say that Ben Elton is to London what Carl Hiaasen is to South Florida.

One of the most disappointing books I have ever read. Not necessarily one of the worst outright, but all the more disappointing because it was by an author whose other books I have loved (Jurassic Park) or at least found fascinating (Congo). It opened interestingly enough as an unlikely group of experts come together to combat eco-terrorist plots. But then it just sort of … carries on, grinding from one scenario to another, repeating itself in a no-better-than-workmanlike way. Several romance subplots develop, but none of them goes anywhere at all. Then eventually, it stops: I can’t really go so far as to call it an ending.

Maybe even worse, it gradually becomes apparent that the whole book is a polemic against the ecology movement, arguing that climate change is not real, of if it is it’s not our fault, or if it’s our fault there’s nothing we can do about it anyway. Honesty, by two thirds of the way through, it reads like it’s PR blurb sponsored by Big Oil.

A complete waste of time.

Moses May Have Been an Apache, and other Actual Facts — Cully Abrell and John Thompson

(Another favourite Actual Fact from the book: “A complete set of drill bits of every possible size would will the known universe.”)

Chesterton indulges his love of eccentricity with this short compilation of six short stories, all of them on the theme of discovering a unique trade or profession. Honestly, these stories tend on the whole to read as rather contrived, and several of them leave you saying “Oh, is that all?” at the end. I won’t say I didn’t enjoy it, but it would definitely not be a good choice of a first Chesterton book.

What If? — Randall Munroe

A compilation of What If? posts by XKCD cartoonist and scientist Randall Munroe. Most of these are available online and make great reading, especially in their combination of mathematical rigour and sheer tenacity: see for example the fourth post on a mole of moles. I think a few of the chapters in the book have not appeared online, so there is an incentive for a completist to buy it.

Like Moses May Have Been an Apache, the natural home for What If? is next to the toilet, as a book to read short extracts of as and when it comes necessary to spend short periods of time.

Most of Elton’s books are “high concept”: they’re based on a single clear idea, and develop the plot out of that. This one is no exception: the idea is that a serial killer find victims using the Friends Reunited social media site. It’s funny to think how quickly such websites have vanished: Past Mortem was published in 2004, and I doubt many people even remember Friends Reunited. Still, social media is going strong, and since it’s allowed Donald Trump to kill thousands or millions, I suppose the book is still topical.

Beyond that I have nothing much to say about this one that I wouldn’t say about every other Ben Elton book: it’s a fast, fun read with characters that you get interested in, and with intriguing plot twists. I like it.

This entry was posted in Books, Reviews, What I've been reading lately. Bookmark the permalink.

3 responses to “What I’ve been reading lately, part 35”