Fugitive of the Judoon: that’s how it’s done!

I’ve made the point several times in these reviews that it gives my no joy to be relentlessly negative about Doctor Who, a series that I have loved deeply. That I go into each episode with an open mind, hoping to enjoy it. 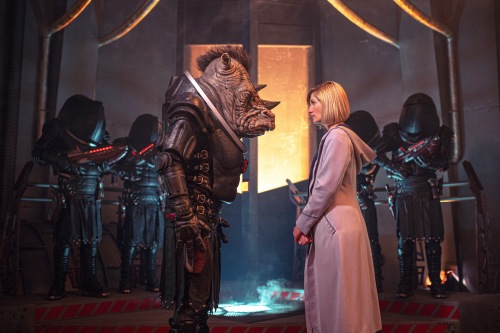 This time, I did. Amost without reservation.

It’s so nice to be able to write this! Fugitive is by far the best 13th-Doctor episode so far, and I’d already reached that conclusion half way through, before the big reveal.

First of all, we started by setting out a story that was already interesting, even before the intrusion of science-fictional elements. Ruth and Lee’s relationship felt real, unforced, believable. Ruth’s life was lightly shown to be mundane, her positive but sardonic personality effortlessly sketched out. Straight away, we had a character we cared about, in a way we never did with (say) Kane or Bella in Orphan 55.

Then when the Judoon were introduced, they were given time to introduce themselves — to appear aggressively alien in the very earthly environs of Gloucester, to show how officious and brutal they are. (It helped that this was happening in the nearest city to where we live, and featured a catherdral that I’m reasonably familiar with.)

And then the Doctor herself felt more Doctorish than previously. Still nowhere near the level of Doctor Matt or Doctor David, but definitely recognisably the character I love. More thoughtful. Less frantic. Paying attention. In the moment. 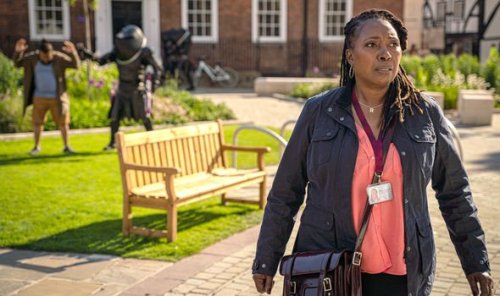 And all of this is before the story gets properly under way. Once that happens, everything more or less makes sense in its own terms: the Judoon’s actions are motivated; so are Lee’s (and he sort of ends up being the hero of the piece); so are Gat’s, in light of what we know so far. The big twist, when it comes, is done in a way that give us just enough reason to buy it, without leaping to the conclusion ahead of the reveal.

Even Captain Jack’s thread, while not really relevant to the main plot, was reasonably well explained. And while I am still not a fan of John Barrowman (who is looking noticeably older, contrary to his backstory), I did enjoy his assumption that Graham was the Doctor.

All of this competence! A well structured and paced script! Just the right amount of material to fit in to the available time! Characters who we can buy into (including throwaways like the bloke who runs the coffee shop)! Properly surprising twists! Character development! Welcome back — we’ve missed you.

Of course, all this leaves me wondering why we can’t have nice things every week. Is there some fundamental reason why the pacing has to be way off in nearly every episode? Now we’ve seen one where it’s not, we have to conclude that the answer is no.

I’m not saying it was perfect. It’s no The God Complex, far less The Girl in the Fireplace. As always, it could really have done with one less companion. But it’s such a huge step forward for the present series that it feels like an aberration. I really really hope it’s not — and that the mysteries it opens up get properly and satisfyingly resolved.

This entry was posted in Doctor Who, Reviews, Series 12. Bookmark the permalink.

7 responses to “Fugitive of the Judoon: that’s how it’s done!”