How strange the change from major to minor … in Beatles songs

One of the characteristic tricks that crops up in Beatles songs is the use of major and minor chords on the same note. A lot of the Abbey Road album is built on movement between C, its relative minor of A minor, and its tonic major of A major. For example, George Harrison’s gorgeous song Something is mostly in C but modulates to A when the distinctive six-note guitar riff lands on a C# (the third of the A major chord) instead of C natural (the root of the C chord) to go into the middle section (“You’re asking me, will our love grow?”). 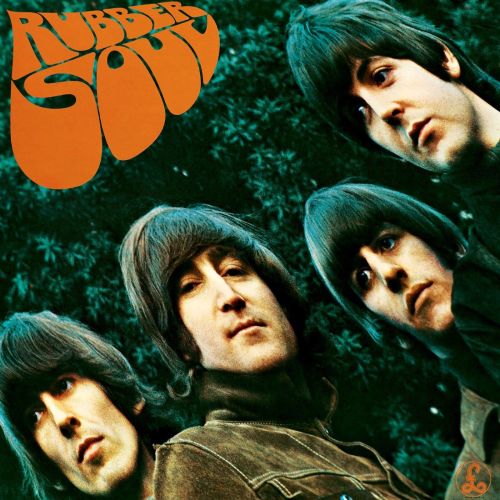 Today I want to look at two songs from the Rubber Soul album that both use the same trick of shifting directly from a major chord to its tonic minor, and see how they use that trick similarly and differently.

First, let’s look at Nowhere Man, a song written almost entirely by John. It’s in the key of E, and the chords of the verse run as follows:

E He’s a real
B Nowhere man,
A Sitting in his
E Nowhere land,
A Making all his
Am Nowhere plans for
E Nobody.

The unexpected chord here is the A minor — the minor chord built on the fourth of the key. In fact the song works perfectly adequately without it: you can keep playing an A major right through the “making all his nowhere plans” line and it’s unobjectionable. But there’s no question that the minor chord lifts the song out of the ordinary, and gives it its distinctive twist.

As the chord moves, in the last three phrases, from A through Am to E, the third falls from C# to C natural and then the E chord contains a B natural, implying a second semitone fall. Meanwhile, the main notes of the melody take us from F# “Making”, through G# (“nowhere plans”) to the root note of E (“nobody”). The surprise here is the G# on “nowhere plans”. That note belongs to the key of E, but not the to briefly implied key of Am: we would expect a G natural there, representing the 7th note of A minor. And in fact that note works OK: you can sing “nowhere plans” on a G natural there if you like. But the G# is much cleverer. The subtle dissonance of a G# over the Am captures something of the nowhere man’s bewilderment and dislocation, but it does more than that: it also saves a melancholy song from falling into being merely depressive. The unexpected persistence of the major tonality in the context of the minor chord gives a twist of optimism to what would otherwise be a very down song. 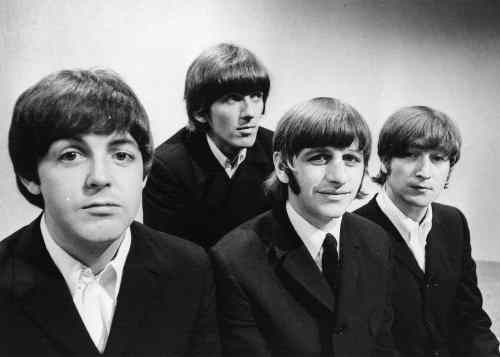 Now let’s take a look at In My Life. There are conflicting accounts of who wrote what parts of this song, but everyone seems to agree that the verse, at least, was John’s — and that’s the part we’re interested in here. The song is in A major: let’s look at the first two lines.

Like Nowhere Man, this song is fairly conventional harmonically apart from that one unexpected minor chord. Also like that song, it doesn’t need the minor chord exactly. If you stay on a D major through the word “life”, it still works. But (again as with Nowhere Man) that unexpected minor lifts the song out of the ordinary, this time by inflecting what is otherwise a fairly sunny melody with an element of nostalgia.

Once more, the major chord that falls to its tonic minor is the fourth of the key (this time D in the key of A, rather than A in the key of E). And once more the minor fourth chord resolves to the tonic, giving us once more the three falling semitones F#, F natural and the tonic E.

But the musical quality of the change this time is very different because the melody over it is on different notes. As the chord falls from D to Dm (and so the third falls from F# to F natural), the melody also falls, but from B to A — that is, from the sixth of the scale to the fifth. This time, both melody notes belong to both the major and minor versions of the D scale, so the whole things moves more smoothly than in Nowhere Man. That makes it work well in the context of a song that is wistful and contemplative, but ultimately positive. The minor chord shifts us out of the merely expected, but doesn’t jolt us. 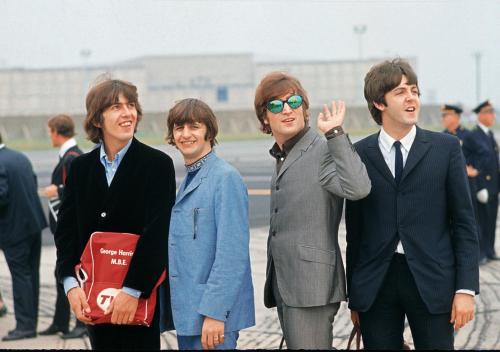 It’s anyone’s guess how deliberate any of this was. Lennon was famously dismissive when the Times music critic William Mann wrote of the “chains of pandiatonic clusters” in This Boy, and probably lacked even the basic music theory to have written this blog post.

But of course all it takes to write a blog-post is a smidgeon of education and a bit of thought; to write the actual songs takes a genius. My best guess is that Lennon was winging it here, oblivious to the harmonic “meaning” of his minor chords, and writing it that way just because they felt right.

If you’re listening to these songs, you may think the chords are going wrong. But they’re not: he just wrote it like that.

This entry was posted in Music. Bookmark the permalink.