I have a nice printer: an HP Color Laserjet CP1515n. It printed really clean, strong colours until a few months ago, when it started displacing the magenta. Check out this portion of the Ubuntu GNU/Linux test page: 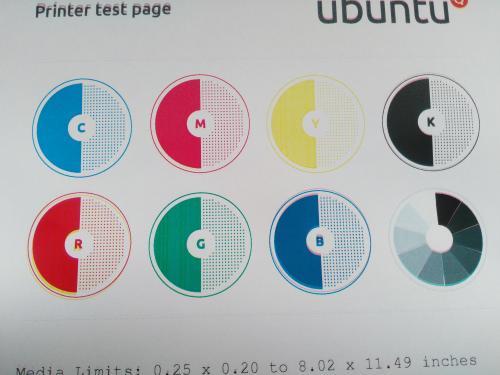 As you can see, each individual nozzle (cyan, magenta, yellow) produces a really nice, clean print. And the green composite comes out nicely, too, because the cyan and yellow nozzles are correctly aligned. But the red (= magenta + yellow) and blue (= cyan + magenta) are fuzzy, because the magenta nozzle is not correctly aligned with the other two.

(Also: the “black” is wrongly aligned, because printing from Ubuntu stupidly uses a C/M/Y composite to render black, instead of using the black cartridge. Printing from the Mac does not have this problem. But ignore that — it’s a separate issue.)

Stranger still, the magenta misalignment is not consistent across the page. As you can see from the top border, it’s worst on the left, and becomes progressively less extreme towards the right. 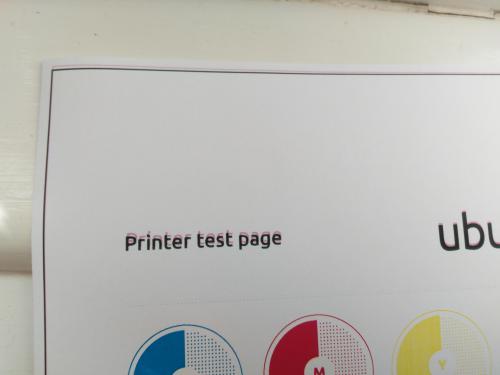 I thought a new magenta cartridge would solve this problem, but I bought and installed one recently and it doesn’t make any difference at all.

Does anyone have any idea what’s going on here, and how I can fix it? It’s a really good printer otherwise, so I am loath to just junk it and get a new one.

This entry was posted in Despair, Hardware, Printers. Bookmark the permalink.