The Good Life is the archetypal 1970s British sitcom: a pleasant story about likeable people doing nice things. The story is negligible. (90% of it happens in the first episode, where Tom quits his job on his 40th birthday to go self-sufficient with his wife, Barbara.) When there is conflict, it’s quickly resolved.

There are 30 half-hour episodes in total — four seven-episode seasons, a Christmas special and finally an actual Royal Command Performance. I’ve watched them all over the last few weeks, and found them pretty much exactly as I remember them. They’re comfort food for the mind. 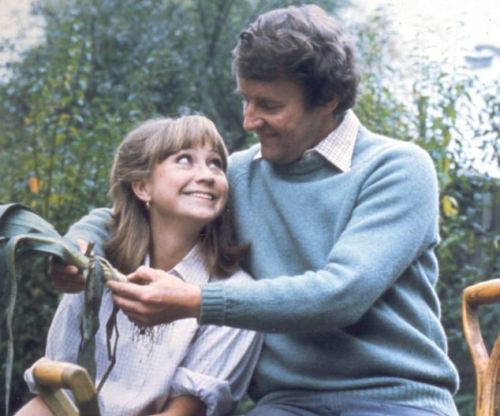 First, Tom and Barbara’s marriage is excellent — solid, supportive and a lot of fun. That is amazingly rare in TV shows, and for an obvious reason: conflict is more interesting than harmony, so plots major on conflict. We want conflict in our entertainment, even though we want to avoid it in real life — hence, for example, the absurdly protracted on-again, off-again relationship between Ross and Rachel in Friends. So we have an overwhelming preponderance of difficult relationships in TV (and in films, songs, books, and so on), which means that the occasional good one really stands out.

And the second thing that makes The Good Life continue to be rewarding four decades on is Margo.

By any objective standard, she is a pretty awful person: snobbish, demanding, unreasonable, humourless, intolerant and on at least one occasion overtly racist. But Penelope Keith’s portrayal is absolutely pitch-perfect, conveying subtly the inherent contradiction of a character who has iron-hard ideas about what is proper, but is undermined by her knowledge that there is so much she doesn’t understand — not least, humour.

This is seen most clearly towards the end of the (otherwise rather weak) episode The Wind-Break War (S03E05). Tom and Margo, both rather drunk, are talking about how she was called “Starchy” at school.

Tom: You do have a sense of humour, of course you do.
Margo: I don’t, I don’t.
Tom: You do, you do […] We have laughs, the four of us. You join in then, sometimes.
Margo: Only because it’s polite. I don’t know why I’m laughing.

The scene is very funny, and at the same time rather affecting.

So: The Good Life. Undemanding to watch, but with hints of something deeper going on under the surface. I’m glad to have seen it again — especially to have seen the contrast to the very different 1970s/80s comedy Butterflies. Well worth watching at least few episodes, to get the flavour.

This entry was posted in Reviews, TV. Bookmark the permalink.