A few thoughts on bringing up children with inquiring minds

As an offshoot from my tweeting about a session at the AAAS meeting, I found myself challenged: “what are some practical things you did with your sons when they were young to nurture critical thinking?” 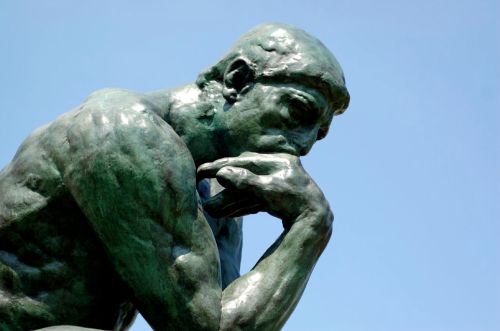 Given that I wrote some brief answers in response, I thought I might as well write them up here. This is by no means exhaustive, just a few thoughts and memories.

Here’s the first important thing: Fiona and I made it a rule never to answer one of the boys’ questions with “Because I said so”. [note 1] Instead, we were open to being persuaded by our boys if they could make a strong case — for example, to stay up later than usual because some one-off event was happening and there was no school in the morning.

Here’s why this is important: “Because I said so” indicates one of two things. Either it means I’ve not thought hard enough about what the reason is — and kids deserve to know the reason you’re not allowing them something they want. Or it means that actually you’ve given up arguing because you’ve realised they’re right — in which case they should get the thing they’re arguing for. This is a very good thing when it happens: it’s an opportunity to teach kids by experience that constructing a strong argument can achieve good results.

Often, of course,  the result of “And why do you think that?” is a push through to the next level of thought about an issue. (Come to think of it, this is like a simple form of the Five Whys technique.)

So we would often push the boys into reaching and justifying their own position; and we didn’t hold back from explaining when they were wrong. Either way, they got something out of it.

All of this has worked out really well for us. the boys are now 18, 17 and 14 (the photo of them on the About page is very out of date!) All three of them are really interesting company — so that I would want to be their friend even if I wasn’t their dad. They have their own ideas (not always the same as Fiona’s and mine) and their own rational reasons why they hold them.

I’m sure there’s a lot more I could say that’s not coming to mind at the moment. (I am all brained out after the AAAS meeting.) But I think the two principles above are a great start for raising curious, thoughtful kids:

They’ll get you a long way.

Note 1. I am talking about “the boys” in this post because all our three children are boys. I am sure it doesn’t need saying, but for the avoidance of doubt: all of the above applies equally to girls.

This entry was posted in Culture, Domestic bliss, Life. Bookmark the permalink.