Addressing the real “Project Fear”: eight things that terrify the Leavers, but shouldn’t 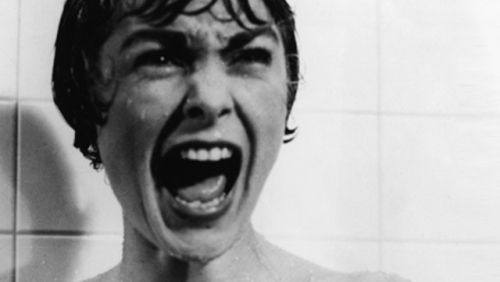 So let’s address some of those fears:

We’ll be forced to join the Euro! No we won’t. I’m no fan of Margaret Thatcher, but the Tory government that she built successfully negotiated an opt-out in 1992. In fact, even if the UK wanted to join the Euro, it wouldn’t be able to until it met five convergence criteria. At present we only meet two of them.

We’ll be on the hook for bailout after bailout! No we won’t. I’m no fan of George Osborne, but he secured a standing agreement that the UK, not being part of the eurozone, has no obligation in the Greek bailouts, or any others that might happen in the future.

We’ll be drafted into an EU army! No we won’t. There is no plan to create an EU army.

Turkey will join the EU! Not any time soon, it won’t. There are 35 criteria that need to be met before a country can join. At the moment, Turkey fulfils one of them. Talks about half of the criteria have not even begun. And even if and when they are all fufilled, the UK (like every other EU member) has a veto.

But our government wants Turkey to join! Only in the same sense that a parent wants a toddler to pass a driving test. In the long term, when toddler has acquired the relevant skills, experience and wisdom, that will be a good outcome. But no-one wants to put a baby behind the wheel of a truck, and no-one wants Turkey as it is today in the EU.

Immigrants will come over here and collect benefits! No they won’t — quite the opposite. It’s now well established that on average, immigrants from the EU into the UK pay more in tax than they take out in benefits. This is particularly true of those from the countries that joined the EU in 2004. (By contrast, on average, British-born people take out more than they put in.)

Immigrants will come over here and take our jobs! They will take jobs; but they will also create jobs. The employment market is a not a fixed-size pie. When more people live in the UK, the UK needs more restaurants, more supermarkets, more construction, and so on — each of them needing staffing. Overall, there are more jobs available when immigrants come to the UK.

Immigrants will come over here and flood the NHS! Immigrants use the NHS; they also staff it. (All three of our sons were delivered by immigrant midwives.) If we could somehow magically get rid of all immigrants, the ratio of NHS staff to patients would be worse than it is now.

In the end, the European Union is a lot like a marriage. It’s not perfect — what relationship is? — but there is a lot more good about it than bad. The Leave campaign is like a husband who only sees his wife’s faults (and invents some that she doesn’t have). He wants to leave, even though he has nowhere to go, because he doesn’t understand what a good situation he is in. Six months later, alone in a bedsit, he’ll realise what he’s done.

But adults don’t give up on a marriage the moment it becomes difficult. They stick it out, remembering the good things about their spouse even as they work to remedy the bad things. And they try to be better themselves, too.

Ultimately, the choice to Leave or Remain comes down to this: will we walk out on a functional, rewarding relationship because it’s not perfect and because of imagined faults in the other party? Or will we stay in something that works, and work to make it even better?

This entry was posted in Europe, Politics. Bookmark the permalink.

24 responses to “Addressing the real “Project Fear”: eight things that terrify the Leavers, but shouldn’t”