Very basic politics #2: what is government spending for?

Many thanks to all who have commented on part 1 of this series: very interesting discussion. Also to Millennium Elephant for fact-checking my statements about LibDem policies.

Very, very roughly speaking, the answer to “is it a good thing” is what defines the difference between “left wing” and “right wing” parties. The right wing, which in the UK traditionally means the Conservative party, thinks that you should get to choose how to spend the money you earn, so the government should tax as little as possible, which means it has to spend as little as possible*. At the extreme end of this ideology (and to be fair, you don’t really get this in the UK, only in America), you have libertarians who think there should be no taxes, and that governments should not spend at all.

As superficially attractive as this idea is, it’s perfectly clear that a functioning country needs at least some collective spending. We need roads: no individual is going to pay for a motorway, but everyone benefits from it. So the way to fund infrastructure is to get everyone to chip in some money, build the thing, and let everyone use it. “Getting everyone to chip in” is called tax. There are other things that pretty uncontroversially have to paid for this way. Armed forces (assuming we want to keep them, which most people do); power stations; in short, anything too expensive for regular people to buy for themselves. So any realistic government needs to collect taxes, and spend them on things for the common good.

So far, so good. Now the question becomes, what things should a government spend money on (and therefore how much tax does it need to raise)?

Being a civilised country, we in the UK believe that everyone should be educated, irrespective of whether their parents have enough money to send them to private schools. So the state provides education.

We also believe that everyone has the right to health-care, and that it should be free at the point of use (so that being ill doesn’t cost you money)**. (That is a surprisingly recent idea — it’s shocking to think that the National Health Service only dates from 1948, three years after the War.)

So: infrastructure, armed forces, education, health. What else?

Welfare for out-of-work people? Pensions for people who have reached the end of their working lives? Training for people transitioning to new careers? Housing benefit for people who don’t earn enough to pay the rent? Subsidies for the arts? The list can go on. One can understand why almost anyone can object to something that their tax-money is spent on. High earners might resent what they perceive as lazy people scrounging benefits instead of working; working-class people might resent subsidies for opera-houses that put on productions they have no interest in seeing.

While we might quibble, perhaps legitimately, with any of the specific things the government spends money on, the broader picture is that by participating in a country, we are implicitly entrusting collective spending to the government that we elect. Which is why one of the most important aspects of choosing a government is its attitude to spending.

Now I want to explore the important distinction between spending and investment. When you spend money, it’s gone; but when you invest it, you expect to get that money back, and more.

The line between spending and investment is not always a clear one: for example, the business that buys a fancy office may, depending on what line of work it’s in, find that the new office attracts more business. Nevertheless, the distinction exists and it’s an important one.

Now I am not necessarily saying that we should not have built Olympic stadiums. Sport is a legitimate part of British culture, and it’s arguably just as entitled to government subsidies as opera is. It’s good for governments to be about more than just money. But in purely economic terms, money spent on stadiums is essentially money down the drain. It doesn’t earn money back. Whereas money spent on educating kids pays back into the economy, over the long term, in enabling them to do better work in a broader variety of fields.

So when we talk about cutting government spending — which, remember, has been one of the main things that the coalition has done over the last five years — it’s desperately important to consider whether what it’s cutting is actually spending (which gets no return) or investment (which does get a return). Because even if you’re evaluating in purely economic terms and ignoring human cost, it makes no long-term sense to cut government investment. 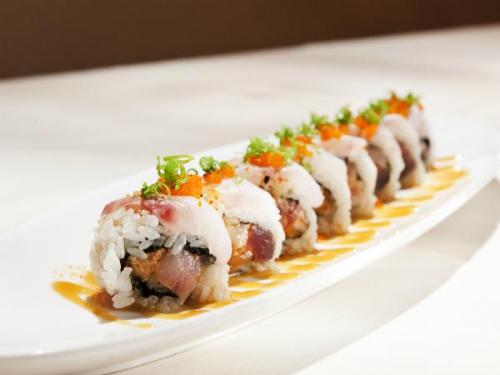 Now for some reason, when we’re talking about government spending rather than individual or company spending, we call ROI figures fiscal multipliers instead. This trick of nomenclature has the very harmful effect of making a simple thing sound complicated. Most people hear “fiscal multipliers” and switch off. But in principle at least there is nothing complicated about them.

Note that cutting tax costs a government money, just as spending does. Tax cuts are a form of spending. If we reduce net tax income by a billion pounds, and the economy benefits to the tune of two billion, then that was a good investment with a fiscal multiplier of 2.0. But if the economy benefits only by £500 million, then it was a bad investment with a fiscal multiplier of 0.5.

So: what actually are the values of fiscal multipliers for various ways of spending government money?

The answer, depressingly, is that it’s hard to know with any certainty. That makes sense, because these are big, complicated systems that run for a long time, and which it would be unethical to experiment on. But we do have some data. In testimony given before the U.S. House Committee on Small Business in 2008, Mark Zandi, chief economist of Moody’s Economy.com, gave the figures he had calculated for various government measures. The headline numbers are as follows:

This suggests, perhaps surprisingly given our own government’s rhetoric, that tax cuts, especially permanent ones, are very ineffective way to stimulate economic growth; and that spending on things like infrastructure and unemployment benefits is much more effective.

There are two caveats here: first, speaking as a fully paid-up scientist, I’d like to see the the working behind these numbers. Actually, even if I did I see working I wouldn’t understand it, so it would be better to say I’d like a range of competent economists to see how these numbers were arrived at, and verify that they’re at least in the right ballpark. The second caveat is that these are figures for the USA, which may not translate directly to the UK.

But even with those caveats in mind, we seem to be drawn to the following conclusion: most government spending is in fact investment; and most tax-cuts cost the economy money (i.e. they are spending!)

All of which raises the question of why the Conservative party in particular is so keen to cut taxes, when economists predict that the economy will do better if we increase spending (i.e. investment). We could speculate on what the reasons might be, but I don’t think we need to do that at the moment.

I want to finish the post with this observation: last time I concluded that it’s more moral to increase taxes (which hurts the rich) than it is to cut spending (which hurts the poor). Simple utilitarianism tells us it’s less bad to hurt a few people than to hurt many; and the many in this case are hurt more badly by losing the little that they have, then the few are by losing a little of the much that they have. If you don’t care for utilitarianism, then perhaps you prefer to hear it from Spock: the needs of the many outweigh the needs of the few.

And this time I seem to be concluding that it’s also more pragmatic to increase taxes than to cut spending. It yields a better outcome when evaluated in purely economic terms.

So the more I write on this, the more I convince myself that both morally and economically, spending cuts are the wrong solution to the problem of the deficit.

* An aside: during the first televised debate on ITV, David Cameron several times said that Labour wanted to “tax more, spend more, borrow more”. That’s just silly. You don’t do all three of those things, and no-one advocates that you should. If you tax more to fund your increased spending, you don’t need to borrow more. If you borrow more, you don’t need to tax more. I’m surprised no-one called him on this malformed soundbite.

** For some reason, “free at the point of use” doesn’t seem to apply to NHS dentists. I’ve never understood this. My taxes pay for my ears, hands, kidneys, skin and duodenum to be taken care of, but not my teeth.

This entry was posted in Politics, Very basic politics. Bookmark the permalink.

18 responses to “Very basic politics #2: what is government spending for?”