Another Doctor Who book that you should read

I’m actually a fortnight late, but I just noticed that Andrew Hickey’s Doctor Who book is out. It’s available as in paperback, hardback, Kindle (US and UK) and other e-book formats. I just bought my copy: paperback for £10, with free shipping using the “FREESHIP” coupon code. 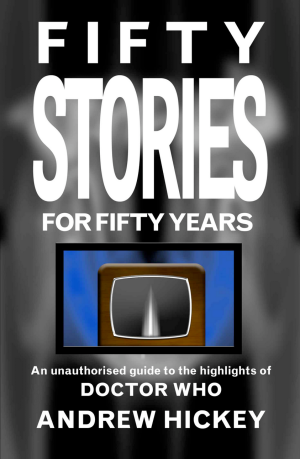 Andrew’s book is very, very different from mine (so, you know, you should buy both). While I focussed very tightly on the Eleventh Doctor (the clue’s in the title), and hardly touch on anything pre-2010, Andrew covers the whole half-century history of Doctor Who, from An Unearthly Child onwards. He also covers all media: not just the TV show, but also the various series of books and audio plays.

If you want to get a sense of what’s in the book before plonking down your tenner, you can find most of the material in Andrew’s series of posts at The Mindless Ones. You’ll see that he has a habit of veering off-piste to dig out the most esoteric nuggets of information and make the most fascinating connections. Highly recommended.

This entry was posted in Books, Doctor Who, TV. Bookmark the permalink.