Dear America: you are insane

US schools weigh bulletproof uniforms: ‘It’s no different than a seatbelt in a car’.

The reason Doctor Who is the best thing on TV

Here’s the real reason that Doctor Who is, by a huge margin, the best thing on television. Even a rather forgettable episode like The Rings of Akhaten can provoke such different reviews as (in chronological order) Millennium’s, Andrew Whickey’s, mine and Andrew Rilstone’s.

END_OF_DOCUMENT_TOKEN_TO_BE_REPLACED

Posted in Doctor Who, Reviews, TV

The Rings of Akhaten (Doctor Who series 7, episode 7)

There’s lots to like in The Rings of Ahkaten, starting with the decidedly Star Wars cantina-ish marketplace full of outlandish aliens all getting along perfectly well together. It feels sort of like a place, rather than a set. (my wife and I both spotted the cantina homage immediately, and it’s since been confirmed.)

But on the other hand …

END_OF_DOCUMENT_TOKEN_TO_BE_REPLACED

Posted in Doctor Who, Series 7, TV

Things that Americans find incomprehensible about the UK

Lots of interesting thoughts on the previous post — thanks to all who commented. I’ll comment in that thread on the various clarifications of American culture. Here, I want to discuss some of the proposed oddities that have been suggested for Britain. (I won’t be addressing trivia like the lengths of TV series or the size of mains plugs, interesting though they are, because I want to focus on fundamentals.)

END_OF_DOCUMENT_TOKEN_TO_BE_REPLACED

Things that Brits find incomprehensible about the USA

There are things that we Brits find incomprehensible about the USA. And no, I am not talking about trivia like the popularity of bad beer, the funny accents in the South, or the the comical use of the word “pants” to mean trousers. I mean deep-seated cultural differences that make USA sometimes feel utterly alien to me. Here are three:

Americans live in a civilised and technologically advanced country, one of the richest in the world. Yet people die because of not having health insurance. To British eyes, that is utterly inexplicable. Barbaric. Inexcusable.

END_OF_DOCUMENT_TOKEN_TO_BE_REPLACED

The Bells of Saint John (Doctor Who series 7, episode 6)

And so we’re under way with the second half of Series 7 — which really feels like Series 8, as it’s separated by the best part of a year from the first half, and has a new companion replacing the much-loved Amy and Rory. (In fact, we were under way a bit more than two weeks ago, but I’ve been insanely busy and not in a position to blog about the series until now.) 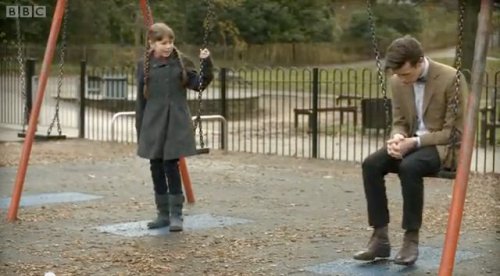 END_OF_DOCUMENT_TOKEN_TO_BE_REPLACED

My bat-sons and I are very fond of the 1966 bat-film Batman: the Movie (though my bat-wife is not so keen). One of the distinctive bat-features of this bat-film is of course Batman’s tendency to precede bat-nouns with the bat-prefix “bat-“. My new bat-plan is to adopt this verbal bat-tic in my own bat-speech, but using it before every bat-noun. 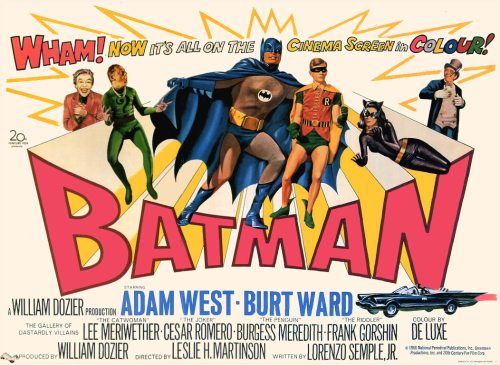 END_OF_DOCUMENT_TOKEN_TO_BE_REPLACED

Following the death of Margaret Thatcher, I am seeing a lot of comments like this one from David Lammy, Labour MP for Tottenham. I find them baffling. At the risk of Godwin’s wrath, let’s try an experimental rewording:

Regardless of whether you agreed or disagreed with his analysis, he certainly stood up for what he believed in – he certainly got something done. He had guts and conviction – qualities which are much needed today.

Nobody needs to tell me how divisive his politics were on the ground. Poland in 1939 was often not a fun place to be. Yet nobody can deny that he had a vision, as well as the strength and courage to see that vision become a reality. Those qualities are to be admired, regardless of the disagreements we may rightly have with the effects of his policies on the people we stand up for.

Am I saying that Margaret Thatcher was as bad as Hitler? No I am not. But I fail to see how the appalling destruction brought about by her policies is to be overlooked because she stuck to her guns. And if we are going to give her a free pass for that reason, it seems only fair to do the same for Hitler.

As usual, Andrew Rilstone has said it better (and more briefly) than me:

I may not agree with covering all the lands in a second darkness but greatly respect Sauron's political achievements and personal strength.

They didn’t think it through #1: Stormbringer

By Ritchie Blackmore and David Coverdale, on Deep Purple’s Stormbringer album, the song of the same name begins:

Coming out of nowhere, driving like rain
Stormbringer dance on the thunder again
Dark cloud gathering, breaking the day
No point running ‘cos it’s coming your way

So really that second couplet should read:

They just didn’t think it through.

Posted in Music, They didn't think it through