“You can do anything if you believe in yourself”

Trust your heart.  Believe in yourself.  Follow your dream and you can do whatever you want to.  Ubiquitous morals in Hollywood movies and many TV series.  But potentially poisonous.  As Andrew Rilstone has pointed out, “this is a deeply re-assuring message for the high-achievers who make movies. It says in affect ‘We are rich and famous because we deserve it’. It is a very depressing message for the people who make their coffee.”

(This image is from a T-shirt that I am very tempted to buy.)

As Terry Pratchett pointed out in The Wee Free Men [amazon.com, amazon.co.uk]:

If you trust yourself and believe in your dreams and follow your star … you’ll still get beaten by people who spent their time working hard and learning things and weren’t so lazy.

Lack of belief can stop you from doing things that you would otherwise be able to do.  What it can’t do is enable you to do things that you’re just not capable of.  I would love to play football for England, but not only am I 43 years old, unfit and somewhat overweight; I was a terrible footballer even back when I used to play.  Self-belief can’t change that.  But I am a pretty decent singer and an OK guitarist, and there was never really any reason why I shouldn’t have stood up at a folk club at some point in the last decade and sung a few songs.  Looking back, the reason I didn’t do that comes down pretty much to … you know, not believing in myself and trusting my heart and following my dream (hereafter BIM&TMH&FMD).  And sure enough, once I started doing it I found that it was OK.  I’m not going to win any awards, but, hey, no-one gets up and walks out in disgust.  So that’s something.

And once I’d spotted that, it turned out to be a pattern that applied to other parts of my life.  It didn’t occur to me for a couple of years that my avocational interest in dinosaurs could result in writing papers that contributed to the technical literature, and in fact it took several pretty solid kicks up the backside from my friend Matt Wedel before I started to even take the idea seriously.  But, yeah, turns out that that’s something I can do.  And I suppose it shouldn’t really have come as a surprise since the core skills — careful reading, absorbing information, thinking hard, being methodical, writing well — are the very same things that I do five days a week in my programming job.

Come to that, it applies in programming as well.  It’s an area where I’ve been confident (some would say over-confident) from the start.  That’s hurt me in some ways — I didn’t take Computer Science in school because I stupidly thought that it had nothing to teach me, and boy was I wrong!    But it’s helped me in other ways.  That same over-confidence allowed me to write commercially published games for the VIC-20 when I was fourteen, and to make what was, as far as I can tell, the world’s first Internet MUD a few years later.  Understand: the games were nothing special, and the MUD was actually pretty awful.  But the fact that they existed at all was in part because, without being conscious of it, I was signed up for the whole BIM&TMH&FMD thing — at least so far as it applied to programming. 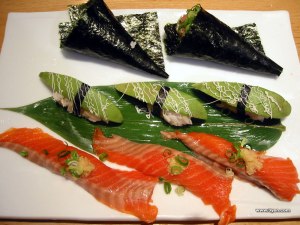 Here’s the key point: these are areas where I was right to Believe In Myself etc.  And I had good, rational reasons for doing so.  I’m not talking about someone who can’t sing going on Bognor’s Got Talent and thinking he can win on sheer force of belief.  I’m talking about taking a look at what you’re good at, assessing it soberly and objectively, and saying “Hey!  Why the heck am I not doing X?”  And then going ahead and doing it, not allowing an unfounded lack of self-belief to hinder you.

The challenge for me now is to figure out what else this applies to.  For example, I’ve had an idea for a novel floating around in the back of my mind for a couple of years, but sort of assumed that that’s not something I can do.  But … well, wait a minute — why not?  I know I can put sentences together, I know I can plan out a narrative sequence (I have to do this for my palaeontology papers).  Looked at objectively, this doesn’t look like something that I’m fundamentally unable to do.  I should have a crack at it, see what happens.  Really, there’s no reason not to. [Update, March 2014: still no novel, but I did write a non-fiction book about Doctor Who.]

[Apart from lack of time, of course.  That is often the limiting factor.  To do something new, I will probably have to give up one of the old things.  Of course I could give up re-watching every Buffy episode.  But, hey, a man has to relax.]

I want to leave you with this observation.  Since we are now living in the Shiny Digital Future, this is much easier than it used to be.  OK, it doesn’t help with becoming a rock star or an astronaut, but the Internet does mean that anyone who cares to take a stab at writing can find an audience.  It means that anyone who writes an interesting program can distribute it world-wide to interested people.  It means that you can find and make connections with people who are doing the kind of thing you want to do.  You have better access to research materials than anyone, even the most established academics, had ten or twenty years ago.

So is there a project that you want to do, that you have the basic skills for, that you have access to the resources for, but you’re not doing?  Why not?  Is it because you don’t BIY&TYH&FYD?  If it is, then get your self-belief in line with reality.  Judge yourself as generously (and as harshly) as you would a third party.  Do you have the stuff for your project, be it folk singing or programming or writing a novel?

Then do the project.