Last time around, in a post about Luke’s role in the Star Wars saga, I wrote about the lightsaber duels in the movies:

The lightsabre duels in the original trilogy are sort of stately and choreographed. You can see and understand what’s happening, and follow the progress of the battle. In The Phantom Menace, the speed and elaborateness were raised in the Darth Maul fight […]. By Attack of the Clones, they were too fast to follow, and in Revenge of the Sith they are faster still, so we literally can’t see (or, really, care) what’s happening: the result is that the fights — all of them, and there are plenty — end up being reduced to a random whirls of light that continues until someone arbitrarily wins.

It’s that arbitrariness that bugs me.  You can’t tell me that, in the climactic Anakin/Obi-Wan duel on the planet made of lava, there comes any point where either one of them works himself into a position where he has a convincing tactical advantage over the other.

And this of course is why the duel is finally resolved by a moment of utter arbitrariness: Obi-Wan’s bizarre pronouncement, “You can’t win Anakin, I have the higher ground”.  The real reason that the duel ends at that point is of course not that Obi-Wan has the higher ground; it’s that George Lucas abandoned the high-ground two and a half films ago, and is now only interested in spectacle for its own sake, and he’s finished showing us all the sights he wanted us to see during that scene.

And that is why the duel is boring.  It’s also why, if I’m honest, a lot of the fighting in Buffy and Angel is rather dull, so that I sometimes find myself just waiting for the fight to be over so we can get on with the actual story.  (There are exceptions: some of the Buffy fights in particular have real structure and shape and plot to them.  But they are exceptions: that’s the point.)

But now that I’ve spotted this Plague Of Arbitrariness (hereafter POA), I’m starting to realise that it’s all around us — even in films and shows that I love.  Another example is House, the medical comedy-drama that is frankly carried by Hugh Laurie’s sequence of sensational performances in the lead role.  The nominal core of each episode is a mystery condition that one of the patients has, and which our heroes have to diagnose.  And there is no way that the viewer can possibly solve the mystery, because the solution is determined by throwing dice.  Maybe literally.  Maybe the writers roll 1d6 before writing the conclusion to each episode, and decide:

OK, maybe they have a d8, so they can include infection and poisoning. 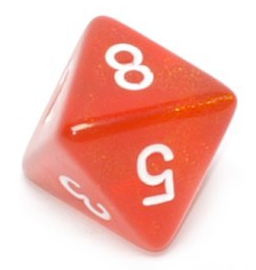 Another one: Fiona and I have just started watching 24.  I’m enjoying it — it’s compelling, for sure — but it bugs the heck out of me that anyone could be a good guy playing the bad-guy role, or a bad guy playing a good-guy role.  There’s just no way to coherently hypothesise based on the information the program gives you.  I’m still along for the ride, but it’s not a ride that I feel I have any control over.  Whatever happens, happens.

And a last one, this time a book: I’m a big fan of the Harry Harrison’s Stainless Steel Rat books, or at least the first few of them.  The series is now into double figures, though, and it’s apparent that Harrison long ago stopped caring.  I just finished reading The Stainless Steel Rat Goes to Hell, and really the only reason I bothered ploughing on through to the end is that I am bloody-minded like that once I start reading a book.  It takes a lot for me to abandon one part way through (though for Titus Groan I made an exception).  In Goes to Hell, Slippery Jim has a sequence of completely arbitrary adventures on completely arbitrary planets in a completely arbitrary order — I’d swear you could split the book up into its chapters, throw them all in the air, stick them back together in whatever order they happened to fall, and the result would make just as much, or as little, sense as the published version.  Jim gets captured; Jim escapes.  Vamp till the requisite number of pages is reached.  (To be fair to Harrison, he is what can only be described as 85, so if he’s not quite at the peak of his powers any more, I think he can be forgiven.) 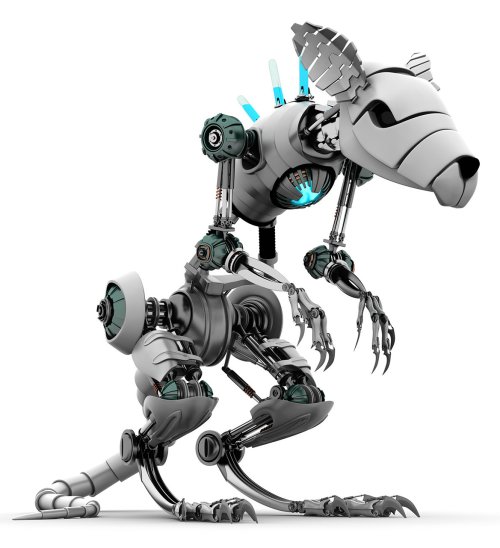 OK, so what is the alternative?

Well, I am pleased to say that I can immediately think of several counter-examples: TV shows, books and films where there is a coherence, a narrative flow, even in a sense an inevitability about the way events unfold.

To give George Lucas credit where it’s due, the original Star Wars is a great example.  It’s not a film where X happens, then Y happens; it’s a film where X happens and therefore Y happens.  Every major beat of the story follows on from what went before and leads into what comes afterwards.  Luke buys the droids.  Therefore, he follows R2 out to see Ben Kenobi, and also therefore the Stormtroopers burn his house.  Because of those two things, he sets out to rescue the princess.  Because that’s his goal, they hire Han Solo.  Because the Millennium Falcon flies to where Alderaan should be, it gets tractored by the Death Star.  And so on, throughout — a cascade of intertwined events.

Another and more recent example of non-arbitrariness that’s close to my heart is the resolution of Veronica Mars, season 1.  When the identity and motive of Lily Kane’s killer is revealed, it seems terribly obvious in hindsight; and yet hardly anyone guesses it, even though the clues are laid out in plain sight.  (Please, no spoilers in the comments.  I’d hate VM to be spoiled for anyone.)  It left me wondering, “How did I not guess that it was Person X?”; and that seems to be true as well for nearly everyone I know who’s watched it.

A final counter-example is The West Wing.  I’ve only seen the first two seasons so far, but I’ve been impressed how naturally everything that happens in an episode seems to flow naturally from the personalities of the characters.

And this, I think,  is one of the key differences between the two recent Doctor Who regimes.  When Russell T. Davies was in charge of the David Tennant era, there was an increasing tendency to have completely arbitrary things happen.  When the Doctor is Nearly Exterminated by a Dalek in The Stolen Earth, and starts to regenerate, he points at his chopped-off-hand-in-a-jar — with the result that the regeneration stops, the hand grows into a human Doctor, and Donna develops partial Time-Lord abilities.  Why?  It just does, that’s why.

Or consider this exchange, from earlier in the same episode.  The Earth has been Stolen (clue’s in the question), and no-one knows where it’s gone.  The Doctor asks Donna if she can think of any clues, anything unusual that’s been happening on Earth in the previous months.  And so we get this:

DONNA: There were the bees disappearing.
DOCTOR: The bees disappearing… The bees disappearing. (realising something) The bees, disappearing! […] they were going back home!
DONNA: Back home where?
DOCTOR: Planet Melissa Majoria!
DONNA: Are you saying bees are aliens?!
DOCTOR: Don’t be so daft. Not all of them. But if the migrant bees felt something coming, some sort of danger, and escaped… Tandocca!
SHADOW ARCHITECT: The Tandocca Scale!
DOCTOR: Tandocca Scale is the series of wavelengths used as a carrier signals by migrant bees. Infinitely small, no wonder we didn’t see it! Like looking for a speck of cinnamon in the Sahara, but look! There it is. The Tandocca trail. The transmat that moved the planets was using the same wavelength, we can follow the path!
DONNA (running towards the TARDIS): And find the Earth?! Well, stop talking and do it!

I mean to say, what?

Does that make even the slightest bit of sense?  What the heck is Tandocca?  Where did that come from?  I can tell you that it has never been mentioned before or since in Doctor Who — it was just pulled out of thin air.  And why would the Daleks, in stealing the Earth, use the same Tandocca Scale that the bees used in returning to their home planet?  I’ll tell you why: no reason.  None at all.  The question is not even raised, the subject is not even contemplated.  With one bound, Jack was free. 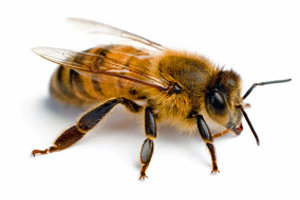 That’s a big part of the reason why I am enjoying the new regime, with Steven Moffat in charge of the 11th Doctor, so much more than the preceding seasons.  There is a logic to New New Who that Old New Who rarely had after the first season.  It feels like the sort of thing that might happen — admittedly, given the extremely unlikely premise of a mad man in a box that travels through time and space.  Whereas too much of the time, Davies’s episodes felt like the kinds of things that Just Wouldn’t Happen even if you accept the premise.

So the challenge for Moffat and his writers in the forthcoming Series 6 is to keep the sense of coherence, you might even say of reality.  To avoid having arbitrary things happen in an arbitrary order until the episode is filled up.

25 responses to “On arbitrariness”