The stupidest thing in the world

Thanks for sticking with it.  You will recall that the third stupidest thing in the world is DVD region encoding, and the second place is held by ﻿﻿the wildly differing submission formats of academic journals.  But the stupidest of all is:

Amazon.com will not sell MP3s to me in England.

The situation is this: thanks to you good people here at The Reinvigorated Programmer, and your very wise habit of buying the books that I recommend here, I’ve accumulated quite a bit of store credit at Amazon.com.

This is, of course, completely useless.  Well, no, not completely — I can order books from Amazon.com, but then I have to pay a fortune to have them shipped across the Atlantic to me, and might also have to pay import duty, so that all in all I’d get merchandise worth less than half of the credit I’d have to spend to get it.  I’ve asked Amazon.com if they can transfer my credit to Amazon.co.uk, which is the obvious Correct Solution, but they won’t do that.

(The alternative payment schemes for Amazon’s affiliate program are also no use to me: direct deposit is, understandably, not available outside the USA, and although I could get them to send me cheques; the processing and currency conversion fees would swamp the amounts.)

So all in all, Amazon.com have not been very helpful to me, out here in one of those hick third-world countries that’s not the Yoonited States of America — a manifestation of the rather unfortunate habit that a lot of American companies has developed of either forgetting or not caring that other countries exist.  (I am reminded of a wry observation on a standards development mailing list I used to be on: “As many of the original developers of Dublin Core were Americans, various parochial national standards were referenced. This will hopefully get fixed with the belated discovery of the rest of the planet.”  Sadly, the attribution is lost.)

But then I had a rather obvious flash of inspiration: I listen to a lot of music, like six to eight hours a day, and there are various artists that I’m interested in exploring but don’t yet have any of their material.  So when a friend pointed me at ﻿Andrew Peterson’s song Dancing in the Minefields, I realised I could use my Amazon.com store credit to buy the MP3s of his album!

(Aside: “what’s with the “48 contiguous states, Alaska, Hawaii, and the District of Columbia” wording?  Why not just “the USA”?)

There are times when mere frustration gives way to fury — righteous fury, or even, no, let’s call it what it is, righteous wrath.  Surprisingly enough, lame-ass apologies such as “We apologize for any inconvenience this may have caused you” do not help.  May have caused me?  Because, what, it might not have caused any inconvenience?  If they’d said “We apologize for our monumentally wrong-headed and utterly infuriating incompetence”, we’d have been getting somewhere.

At such times it’s very difficult to remain coherent, and that is why I made myself wait a fortnight after making this discovery before blogging about it.  That, and my keyboard was clogged up with all the blood that had boiled out of my eye-sockets.

I assume this is meant to be some cack-handed attempt at market segmentation, but what in the name of all that is rational could they possibly have been thinking here?  I point out, for example, that Amazon.com will cheerfully sell me the exact same music on a physical medium (CD) and ship it to me from the States.  It’s only the MP3s that they won’t send.  You know, the files; the streams of bits; that which can be trivially sent anywhere in the world at a cost so close to zero that it’s not measurable.  MP3s, like any file, are inherently borderless; that is, they live in a borderless world.  Once an MP3 has been bought or otherwise obtained, no-one can stop it from being sent anywhere in the world anyway.  So why prevent  that from happening at the point of sale?

These are the very same MP3s that no doubt are freely available for downloading from a hundred web-sites and torrent repositories.  But I didn’t go to those because — heaven help me! — I thought it would be good to support an artist I like, and a distribution channel that has made life more convenient for me, by paying for the music that I wanted to listen to.  You know, paying, that thing that e-commerce sites are desperate to get us to do?

But not desperate enough to allow a dirty foreigner to buy their stuff! 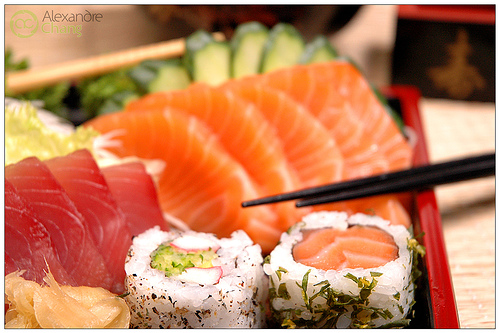 So to recap: the American company Amazon.com will happily sell me, and ship to me: A. books, B. DVDs (though they will not play on my player), C. physical CDs with music on them.  So far as I can tell, the only thing they won’t sell me is the one thing that doesn’t need to be physically schlepped across the Atlantic: the MPs of the very same songs that they will happily sell me on a piece of plastic.

And that, my friends, is just plain stupid.

This entry was posted in Frustration, Not my favourite. Bookmark the permalink.

40 responses to “The stupidest thing in the world”