I wanted to blog about The Big Bang the moment it finished — I felt electrified, and wanted to let it all pour out — but the way things fell out, Andy Murray’s match against Gilles Simon started just as The Big Bang ended, then I watched the extra time at the end of the USA-Ghana World Cup match (commiserations to US-based readers, I was supporting you guys).  Then I had to reboot my son’s iPod (which crashes if you try to play an MPEG layer II file on it, if you can imagine anything so lame), then I had to clear up the detritus of dinner, unload and reload the dishwasher and all.  So it’s only now — four hours after the end of the program — that I’m free to write. 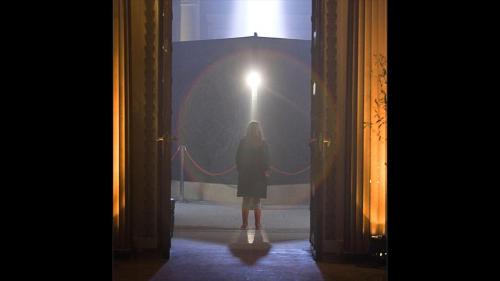 Has the glow faded?

END_OF_DOCUMENT_TOKEN_TO_BE_REPLACED

Oddly, the title of this post is literally true.  I know I’ve quiet on this blog for the last few days, and it’s because I’ve been busy dissecting an ostrich skull.  Admittedly, I’ve also been watching a lot of the World Cup, and going through Buffy Season 2 again, not to mention obsessing over tomorrow evening’s finale of Doctor Who Season 5.  But the ostrich has taken up much of my non-work-time attention, and all my blogging effort.

Here she is after a couple of simmerings, having been skinned and with her frontal bones removed, showing the brain and eyeballs from above.

END_OF_DOCUMENT_TOKEN_TO_BE_REPLACED

So after all the anticipation, the Pandorica opened on Saturday night?

What was in it?  Well, I can’t tell you, can I?  That would be completely spoily. 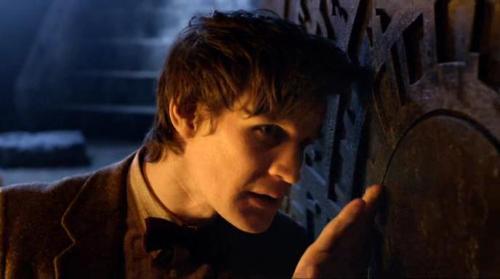 What was my reaction?  I can’t tell you that, either.  Because I don’t know.

END_OF_DOCUMENT_TOKEN_TO_BE_REPLACED

Perl’s *DBM_File packages: what the heck are you people thinking?

Among many other things, my day-job involves working on a web-based system, written in Perl, for administrating our MasterKey metasearching system.  We call the admin system MKAdmin.  It was developed on Debian GNU/Linux, since that’s our usual production platform, but I also work on it from my Mac laptop.

Excuse me if I rant for a moment.

MKAdmin, until recently, used the NDBM_File module to implement a simple persistent session store — just an on-disk hashtable that maps cookie values to session structures.  NDBM_File is part of the core Perl distribution.

But when one of our partners wanted to run it on Fedora Linux, it became apparent that in their infinite wisdom the Fedora packagers have removed the NDBM_File module from their Perl package, so MKAdmin wouldn’t run. Understand: it isn’t that they didn’t provide an RPM package for the NDBM_File module, it’s that they removed that module from the Perl package, even though it’s part of the Perl core distribution.

END_OF_DOCUMENT_TOKEN_TO_BE_REPLACED

What’s in the box?

I was planning to avoid writing any more about Doctor Who except for the reviews of the last two episodes.  But I was so fascinated by last week’s trailer for this Saturday’s episode, The Pandorica Opens, that I’ve not been able to stop myself thinking about this: what is inside the Pandorica?

As Prisoner Zero told us right back in the first episode, “The universe is cracked.  The Pandorica will open.  Silence will fall.”

END_OF_DOCUMENT_TOKEN_TO_BE_REPLACED

How correct is correct enough?

First of all, welcome back to programming! It was a bit of a shock for me to see that, since the last programming article, I’ve written a sequence of four posts about Doctor Who and Buffy, which is an imbalance I never intended.  Well, Doctor Who will end after two more episodes, so hang in there, programmers!

The response to We can’t afford to write safe software was very interesting.  As usual (I am pleased and proud to say) the comments here on The Reinvigorated Programmer article itself were, almost without exception, insightful and informative.  But over on Reddit things were not so good.

END_OF_DOCUMENT_TOKEN_TO_BE_REPLACED

To start with: an apology.  I’ve been writing so much about Doctor Who and Buffy recently that I’ve slacked off a bit on the subject of programming, which was always supposed to be heart of this blog.  I’ll get back to that real soon, I promise.  But first …

The Lodger was written by Gareth Roberts, whose previous on Doctor Who consists of the so-so Shakespeare Code, the forgettable and very silly The Unicorn and the Wasp and a co-writer credit (with Russell T. Davies) on the truly awful Planet of the Dead.  So you’ll forgive me if I came to The Lodger with low expectations.

To my amazement, it’s my favourite episode of the season so far.  I laughed, I cried, I was scared, I was delighted.  I felt caught off guard by this episode in a way that I’ve not for most of the others.  I had no real idea what to expect, so everything took me by surprise.

END_OF_DOCUMENT_TOKEN_TO_BE_REPLACED

Start with a man who sees things different from everyone else.  That’s an interesting science-fictional premise.  Throw in an alien that is invisible — to everyone except the man who sees differently.  There’s your source of tension, maybe conflict and danger.  Make the man one of the best-loved of artists, and you have immediate grounding, the opportunity to show us on film things that we’re already familiar with from paintings.  And of course add in the Doctor and the freshly Rory-less Amy. 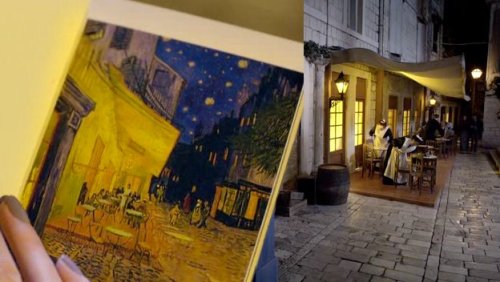 Should be all the ingredients for a classic episode, right?

END_OF_DOCUMENT_TOKEN_TO_BE_REPLACED

I just started re-watching the Buffy Season 2 DVDs [amazon.com, amazon.co.uk] and I was immediately struck by one point in the first episode, When She Was Bad.  This, fans will recall, is the episode in which Buffy works through her issues left over from the Season 1 finale, in which she fought the Master and [spoiler alert!] was briefly killed before in turn killing him.

In When She Was Bad, Buffy is a bitch, there’s no doubt about it.  She is dismissive of her friends, actively hostile towards other schoolmates, and manipulative of Xander during their subtly distressing dance scene.  It’s obvious that she’s been knocked much further off centre by her experiences in Season 1 than she’s letting on.

END_OF_DOCUMENT_TOKEN_TO_BE_REPLACED

The Madness of Russell T. Davies, part 2: just not bothering

I know that it’s been a while since part 1, but:

Continuing our trawl through The Writer’s Tale, Russell T. Davies’ email-archive memoir of his time as Doctor Who showrunner …

Davies' cartoon of the Shadow Proclamation, as originally envisaged. Nearly all of these aliens were cut from the final version due to budget limitations.

END_OF_DOCUMENT_TOKEN_TO_BE_REPLACED

Posted in Doctor Who, Frustration, The Writer's Tale, TV