If The Eleventh Hour was very obviously a new start for Doctor Who, and if The Beast Below was where the new series hit its stride, then the third episode, Victory of the Daleks, represents another new challenge: it’s the first episode under the new regime to be written by someone other than showrunner Steven Moffat himself — specifically, Mark Gatiss, previously responsible for Series One’s highly regarded The Unquiet Dead and Series Two’s widely derided The Idiot’s Lantern.  With his previous work varying so wildly, Gatiss still has plenty to prove as a Who writer, and it was brave of Moffat to entrust him with the Doctor’s oldest and most iconic enemies, the Daleks.

Did he meet the challenge?  I rate the episode a qualified success.

After the tightly plotted construction of The Beast Below, Victory of the Daleks felt a little more random, had more of the this-happens-then-that-happens quality of some of the RTD-era episodes.  It was full of powerful moments and iconic images — my family and I will not swiftly forget the Dalek offering the scientist a nice, hot cup of tea, we loved how the Doctor held the Daleks off from exterminating him on their ship, and the assault on the Dalek ship was gloriously silly — but I could repeat that last phrase again with the emphasis on “silly” rather than “glorious” and it would be equally true.  It’s hard to escape the notion that the iconic moments were invented first, and then the plot — such as it was — constructed around it afterwards.  Is it too much to wish for an episode to both contain profoundly memorable moments and make sense?

I don’t want to sound too negative here — I thoroughly enjoyed the episode, and expect to enjoy it again, probably more, when I watch it again; it just has the feeling of a good episode that could have been great.  It’s hard not to wonder how it might have been different had Moffat written it himself rather than delegating; or had it been given to Paul Cornell (Father’s Day/Human Nature) or indeed Rob Shearman, who wrote Series One’s outstanding Dalek.  Shearman’s episode perhaps benefitted from being much more constrained and claustrophobic than most Dalek stories, and certainly from Christopher Eccleston’s very convincing turn as a Doctor going to pieces at being confronted with an enemy who he’d believed was gone forever.  That episode, alone of all Dalek stories, took time to consider what it is like to be a Dalek, and perhaps surprisingly that level of introspection lifted what might otherwise have been a competent but mundane story into an altogether higher realm.  Thinking of that story has made me realise how rushed all the subsequent New-Who Dalek stories have seemed in comparison, and Victory was no exception.

For me, the most powerful part of the episode was probably before the plot kicked in at all — perhaps not coincidentally, the part that took time to stop and breathe, to give us time to taste the atmosphere.  The profound wrongness of the Daleks’ being on the side of the allies in WWII was disturbing.  Seeing them gliding serenely and unhindered about the Cabinet War Rooms was an unsettling experience; even the cup-of-tea moment, hilarious though it was, carried with it a disconcerting sense of a nation that had allowed itself to become comfortable with the very thing it was fighting.

A less innovative WWII episode would of course have had the Daleks where they belong — on the side of the Nazis.  Subverting that expectation was not just a clever twist but a dark one.  What lengths are we prepared to go to?  Faced with a war — not a tragicomedy like Bush 2’s “War on Terror” but an actual, no-place-to-run fight for survival — would we go so far as to use Daleks?  To be fair, that is not really a choice that the characters in the story had to make, since they had no idea what a Dalek actually is.  But I would have liked to see that choice pushed harder: for Churchill to have argued for continuing to use them even after the Doctor had elucidated their true nature.  Maybe the production team weren’t prepared to risk showing such a beloved historical figure as Churchill in such a light, but no doubt he had to make analogous choices in the real world.  One of the things Doctor Who, at its best, can do is to shine a stark, clarifying light on the issues that we can too easily blur over in life.  (The Beast Below‘s Forget and Protest buttons were the clearest example of this choice.)  Perhaps not going there in Victory was a missed opportunity.

[Note added the next day: I suppose you could stretch the metaphor a bit and think about the current British government, which is racing helter-skelter towards universal surveillance, mandatory ID cards, a national DNA database and automated email monitoring, all in the name of the War on Terror.  (Oh, how I hate that dumb, dumb phrase.)  But I don’t believe the analogy holds: Brown’s government wants to introduce those things for their own sake, and is using the WoT as a pretext; that’s very different from, and much less noble than, the situation in Victory of the Daleks, in which a country literally on the brink of annihilation is prepared for that reason to consider any measure.] 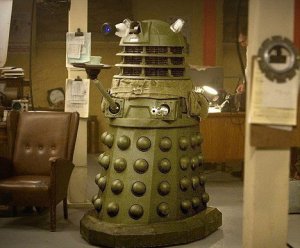 Other things to like in Victory: the developing thread of the crack in the universe, and the thought-provoking discovery that Amy does not know what a Dalek is, presumably because she’s not lived through Doomsday and The Stolen Earth.  What has happened to our timeline?  Surely those episodes can’t have un-happened?

Other things to dislike: the sheer implausibility of the attack on the Dalek ship, especially as it seems to have been conceived, designed, arranged and executed all in ten elapsed minutes.  Still, I can forgive that because I have been saying for years that X-Wings are clearly Spitfires and TIE Fighters are Messerschmidt Bf 109s (and Y-Wings are of course Hurricanes).  It’s a delight to see that conception in action, however dumb.

More worrying was the line that Amy used to remind the Dalek-built android of its humanity.  That, and her sideways glance at that point, does not bode well for the future direction of the series and especially for the companion’s arc.  If they’re going to go raising that spectre again, they’d better actually do something about it — make it work as part of a plot and not just leave it lying around.  The best treatment of that theme was back in episode 2.3, School Reunion.  Unless they have something new to say that is more profound than what was said back then, they’d have been better off leaving well alone.

Checking the schedule, I see that next up is a Moffat two-parter — a sequel, I assume, to Blink, which was one of the very best Who episodes of the revival.  Fingers crossed that he can keep up his usual standard.  Whether he does or not, you’ll be able to read all about it here. 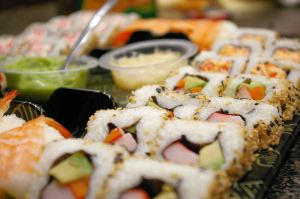 And in other Doctor Who news …

Andrew Rilstone’s outstanding book of New Who criticism, The Viewer’s Tale, is once more available from lulu.com.  Highly, highly recommended for everyone who likes their criticism trenchant, witty and affectionate.

This entry was posted in Doctor Who, Series 5. Bookmark the permalink.